Cryptocurrency is foreign to a large part of the world population, though we’ve probably heard of Bitcoin in some way or another. The whole process of securing, storing, and using it might seem confusing and like something many people don’t even need. That being said, there’s been a big rise in altcoins over the years, especially since people witnessed the growth of the infamous Satoshi creation, many of which have achieved their own levels of success.

The anonymity and lack of traceability that comes with cryptocurrency are what attract many people to it. However, this is what leads to various types of scams. When looking at the trading side of cryptocurrency, people are no doubt allured, especially lately, less by the ability to use it for transactions than they are with its surge in profitability. And with that, there’s been a swathe of new entries into the cryptocurrency trading market, which is why a number of scams have grown in popularity. Read on to find out what they are.

This sits at the top of the list – not that there’s a particular order here – because it’s the most common and the one you should look out for. The problem is, people are always looking for a cheaper way to purchase their tokens, especially HODLers that are new to the market. Crypto brokers are known for being expensive when it comes to fees, especially those that are well known, like Coinbase.

Typically, people who’ve been around long enough in the crypto market will have shopped around somewhat before settling on the one with the least fees and the best UI. But with so many fake websites out there, it’s easy to get reeled in, and it’s why it happens so frequently. Truth be told, though the fees can often be high, it’s worth paying the price for the security that comes with your purchases rather than taking a punt on your own or because of what some random username told you to do on a forum.

ICO scams make up a huge piece of the pie when it comes to defrauding investors as the industry goes largely unregulated. Any man and his dog can create their own cryptocurrency and sure, the major exchanges likely won’t be listing fake ICOs. Coinbase only recently listed DOGE, for example.

But these popular platforms aren’t the only places you can purchase cryptocurrency and they’re not the only ways we hear about them. A lot of hype can be built by devs and word of mouth through social media, and everyone, especially in crypto right now, is itching to get ahead on the next new thing. When fake ICOs pop up, people invest, up to millions in some cases – collectively, not individually – then the people that ‘created’ the coin just disappear.

Anyone that holds crypto and understands the ethos of its existence is that you shouldn’t trust anyone, especially not a faceless corporation to hold your coin. As the saying goes: ‘not your keys, not your coins’. Hard wallets work like a USB, with coins stored offline and protected by a 21-word seed. Lose that and you lose access forever.

For reasons unknown, some people choose to store their coins online and with a third-party company, which can leave you wide open to having them stolen. Never trust anyone or any organization to hold your coins, not even the company you purchase them through; however reputable the company supposedly is. Not your keys…

What To Do If The Worst Happens

It might seem like the world is over if you’ve fallen for crypto scams. And truth be told, some of them are certainly impossible to come back from. But you’ll find that what seems like lost money is actually quite retrievable when you turn to the chargeback industry for help. Names like Payback LTD have earned a place in the industry for their quick response to crypto fraud and their ability to reclaim funds when hope is seemingly lost.

Why The Binary Options Market Leads To So Many Scams

Most traders will tell you that binary options are one of the more safe forms of investing. That being said, it’s still trading, and with 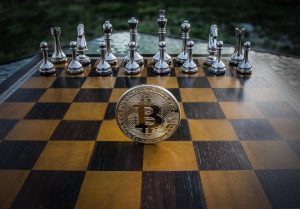 Cryptocurrency 101: Everything you REALLY need to know about Crypto 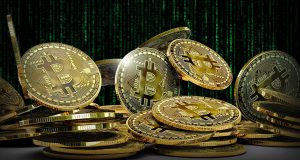 The Biggest Misconception About Crypto-Recovery

The Biggest Misconception About Crypto-Recovery Crypto Recovery is often a messy and costly process, but it’s possible, contrary to common belief. Although transactions made on