Why You Should Watch Out For Scamming On The Forex Market

As someone who takes positions on the Forex market, you’re no doubt aware of how much it fluctuates, and just how many variables can alter values. When the pandemic spread, it caused a ripple in the market that, in the short term, many seasoned traders were able to capitalize on. In the long term, it became hard for all Forex traders to try and predict the markets. Even still, as countries appear to be handling the virus internally, only to enter into another lockdown, and with so much hysteria in the news, it’s not easy to create a clear strategy.

Any novices looking to get involved with the Forex market during this period, albeit a few lucky breaks for some, have likely picked a bad time to get involved and have had a rough time with it. Plus, such a volatile market shouldn’t be rushed into anyway, and not just for a series of unsuccessful trades and poor decisions. Scamming is common in this market, with millions lost each year around the world. In fact, there are several known scams everyone should watch out for.

Trusting anyone with your hard-earned cash, especially someone you’ve never met, is never a good idea. But, for some reason, many of us still do it. That’s why the signal-seller scam exists. For a fee, decided by either an individual trader or a group of them, and whether daily, weekly or monthly, will give you a signal to let you know when there’s an apparently unmissable position on a currency pair to be capitalized on.

Though they say it’ll make everyone wealthy, and supposedly gives professional insight, the truth is, they’re winging it. And as you can imagine, if they charge this fee to various people, it’s free money. Once they’ve gained enough funds for their ‘privileged information’, they’re in the wind, setting up a new scam, under new names, and new false credentials.

Though we may be moving towards a world where robots can do everything for us, that doesn’t mean we should entrust them with our trading just yet. Sure, there are some clever bots out there to add a little autonomy to trading, but anyone trying to sell you a robot-cum-master-trader should be avoided at all costs.

This scam has been around for a while now, and is successful with people that think a computer program – with no reliable authentication – can perform automatic trades at the perfect time. Imagine accruing wealth from the best positions while you sleep? Seems unlikely, right? You should never spend money on these programs, and certainly don’t commit to those that require rolling subscriptions.

There are so many possibilities these days when it comes to online trading platforms that a lot’s changed with how people place their positions. Whether you’re at work, on the move, or even on the toilet, it’s possible to buy and sell currency pairs with nothing but your mobile phone.

These types of readily available platforms used to be exclusive, and would require deposits of around $5,000 in many cases. Now, a quick deposit of a couple of hundred dollars and you’re ready to get started. Should you encounter any services that request this much to begin trading, move on.

What You Should Do Should The Worst Happen

If you’ve fallen foul of any scam, you’ll be no doubt thankful to know that the money isn’t necessarily lost. Payback LTD, along with various other companies in the chargeback industry, are available to hunt down the entities responsible to swiftly put your money back where it belongs. 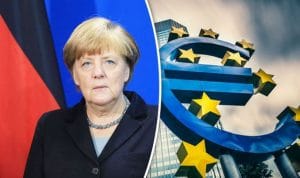 The Coronavirus Impact on the European Union

The Coronavirus Impact on the European Union Amir Geva March 25, 2020 2:15 pm Are we on the way to an economic crisis? German chancellor

Cryptocurrency is foreign to a large part of the world population, though we’ve probably heard of Bitcoin in some way or another. The whole process

Sky News Article on the petition started by Keith Carre to the UK Parliament.

PrevPreviousBe Careful With Crypto: Why Scams Exist In This Market
NextWhy The Binary Options Market Leads To So Many ScamsNext